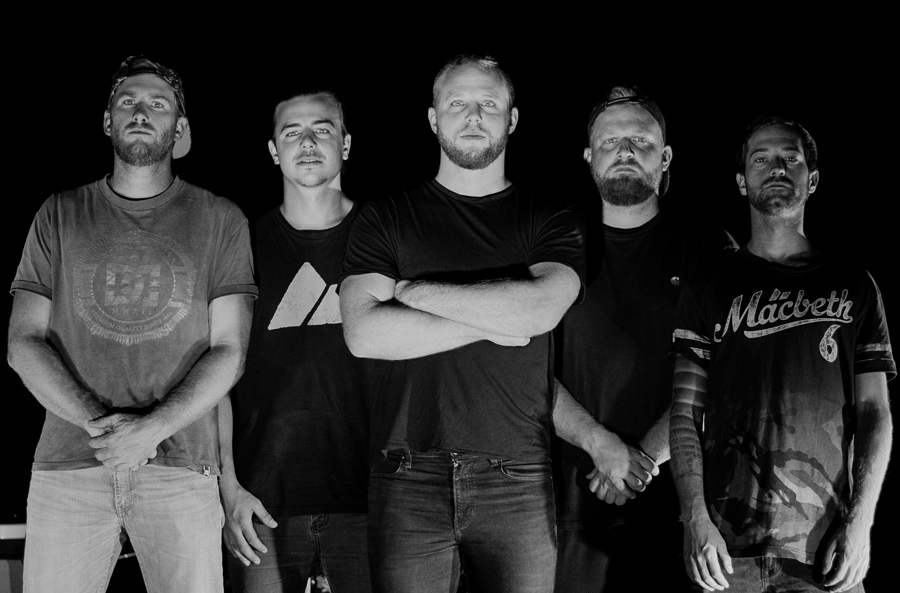 INSANITY61 BRING FURIOUS CRITIQUE OF SOCIETY, PRESENTED WITH FUN, IRONY AND WIT. IN A MIX OF METAL RIFFS, AGGRESSIVE HARDCORE AND CATCHY PUNK MELODIES, THE BAND CREATES ANGRY SONGS FULL OF GANG SHOUTS AND SINGALONGS, WITH TREMBLING GROOVES TO ELECTRIFY THE HEARTS OF THEIR LISTENERS.

Insanity61 have made a rapid ascent to an internationally known hardcore band in recent years. To this day, they’ve produced four studio albums, several video clips and worldwide concerts with scene greats such as Hatebreed, Madball, Agnostic Front, Sick of It All, Born From Pain, Comeback Kid, as well as several tours (Cuba, Balkans, South Korea, Japan, Indonesia, Malaysia, Europe).

The band from the canton of Lucerne in Switzerland was formed in 2004, gained live as well as studio experience and celebrated many local successes. Musicians and style developed steadily and so in 2012 the five guys played outside the country’s borders for the first time, after they had made a name for themselves in wide circles with their fresh and energetic sound.

In 2013, the first professional studio album “No Limit” was released, as well as the music video of the same name, with which Insanity61 could win fans all over the world. Accordingly, further successes were not long in coming: International concerts with well-known headliners, a 2-week tour in Cuba, as well as two music videos lifted the band to a new level. Insanity61 did not rest on their laurels and released their next record “Ready To Row” as early as 2014. More tours in different regions of Europe, music videos, as well as a considerable number of concerts at home and abroad followed. After a 2-week tour in South Korea and Japan, the band released their next album “Toss A Coin” in June 2017 with the German label “Bastardized Recordings”. This was again followed by several music videos, a large number of live concerts and a tour in Western Europe. In summer, Insanity61 regularly play festivals in Germany and Switzerland. In the meantime, the metal/hardcore combo from Entlebuch looks back to an experience of almost 300 live concerts.

Insanity61 have a strong presence in the international hardcore and metal scene, the music of the Entlebuch guys is listened to all over the world. This is shown by the numerous clicks on online platforms and video clips on Youtube, some of which have been viewed over 150,000 times. Last but not least, the band’s rousing concerts and massive live presence in Europe, Asia and America have also contributed decisively to their success.

In 2019, Insanity61, again under the German label “Bastardized Recordings” released the album “Moneyfest”. The music became harder, but also more melodic and attracted people from related music genres. The concept album is full of wit and irony, takes a firm stand with socially critical content and therefore strongly convinced the international critics. The planned release tour with over 40 concerts could not be carried out because of the Corona pandemic.

After a difficult phase for all artists and cultural workers, Insanity61 enter the concert stages awakened from the Corona sleep with many innovations and full of energy. After the name change to “Insanity61”, announced in November 2021, the band continues to attack. From December 2021, the musicians, back to the roots on their own and again fully DIY, release new songs at regular intervals.